In trying to educate myself about eating and cooking, one area I haven’t spent a lot of time on yet is cheese. By itself, cheese comprises a whole culinary world with thousands of combinations of flavor and texture, like wine or beer. And that is leaving aside the use of these cheeses in various dishes, or pairing cheeses with accompaniments that enhance their flavor. 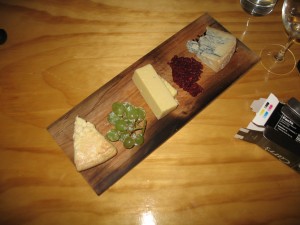 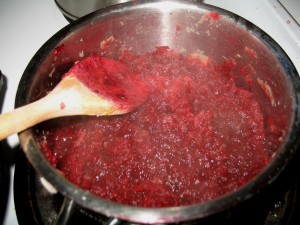 Practically, a cheese plate is an easy way to serve an elegant snack to guests, that rewards care but doesn’t require a lot of it, and doesn’t have to be that expensive either - the cheese plate I put together below, which was probably 3x what I needed to serve, cost about $15 in total (though it may not be possible to go far below that, since it’s hard to buy a very small amount of good cheese).

In putting together a cheese plate, you have wide latitude and there are lots of resources on the web that make interesting suggestions for what to use.

But I thought as a basic guideline it would be good to pick 3 different types of cheese, and for that I had to learn a basic taxonomy. No definitive taxonomy exists, so I tried to cobble one together based on Wikipedia and on this informative, but charmingly quaint (“Hispanic-style” is a category) cheese pairing guide from the Wisconsin Milk Marketing Board:

Part of the problem is that there’s a fair amount of overlap between these categories. A blue-vein cheese obviously has a texture dimension as well, as do soft-ripened cheeses. Textures can’t be uniformly delinated, etc. It seems as if the important dimensions are:

So, I suppose you could characterize cheeses using these dimensions also.

Anyway, I ended up picking (a) an English cheddar - firm-textured, (b) a raw milk blue cheese - blue-vein, © an Alsatian Munster cheese - soft-textured. They worked well together and were sufficiently different that the experience of comparing them was interesting.

I served these together with some grapes, as well a jam that I made from beets, ginger and some walnuts. I didn’t worry too much about how those flavors would interact with the cheeses themselves, because I figured no matter what it would likely be an interesting contrast, and we could all decide what went well and what didn’t, ourselves.