Can you open source a business plan? 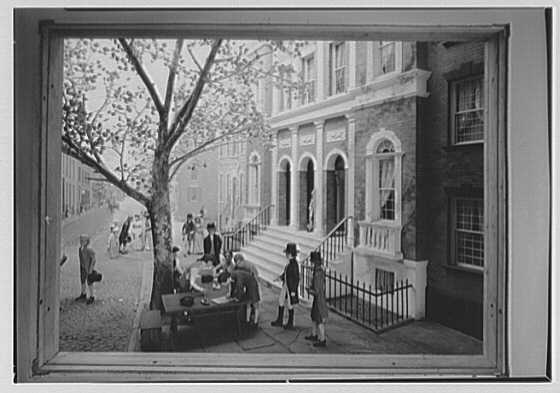 I wonder whether a business plan could itself be open-source, and by extension whether you could use a Wikipedia mass-participation model to create / refine a viable business plan. What would the advantages and disadvantages be?

So I guess the idea would be that you take x weeks, write out a business plan for your idea including all the information that anyone else would need in order to execute it (finance, operations, marketing), and then release it to the world. Anyone would be able to modify it, copy it, and of course execute it with or without your permission.

One major disadvantage would of course be strategic. Any of your competitors could, in theory, just download the latest version of your plan to get a sense of what moves they need to make to block you from entering their market, undermine your marketing position, etc. The whole concept of competitive advantage depends on your having something proprietary which you can exploit - be it knowledge, relationships, a brand, patents, etc. By opening your business plan, particularly on an ongoing basis, you undermine at least some of these sources of advantage. And of course, it would be difficult to write an open business plan that depends on something closed, like a patent, for it to work (unless you are a patent owner who is writing a business plan for people that will license your product from you).

I could see many ways that this could be mitigated. Competitive advantage doesn’t wholly depend on the knowledge contained in a business plan - what is also depends on is the ability to execute that business plan. Some assets, such as tacit knowledge within a firm or within its founders, would by definition be impervious to opening the business plan. Finally, open-sourcing your business plan doesn’t necessarily mean you need to keep it updated up-to-the-minute; there’s certainly (some) room for keeping parts of the plan secret and being vague, etc.

I could also see tremendous advantages to this approach, for the entrepreneur and for society. For the entrepreneur, open-sourcing a business plan could allow you to solicit feedback much more easily, and from a much wider audience - perhaps someone you don’t know halfway across the world has a solution to an operational sticking point or a piece of data that will help you raise money. For society, open-sourcing business plans potentially allows a lot more, and faster, testing of assumptions and establishment of new ventures.

I suppose in summary it would allow for more value creation, but possibly less value capture.

A Wikipedia for business plans

At the point at which you’ve already decided to publish a business plan in any form, I think you’ve already realized most of the disadvantages (if any) of doing this. Publishing that plan to a Wikipedia-like resources would intensify the _advantages _only, namely:

Comments appreciated as always. What are some disadvantages / advantages I haven’t thought of? Does IP play a role for a document such as a business plan?