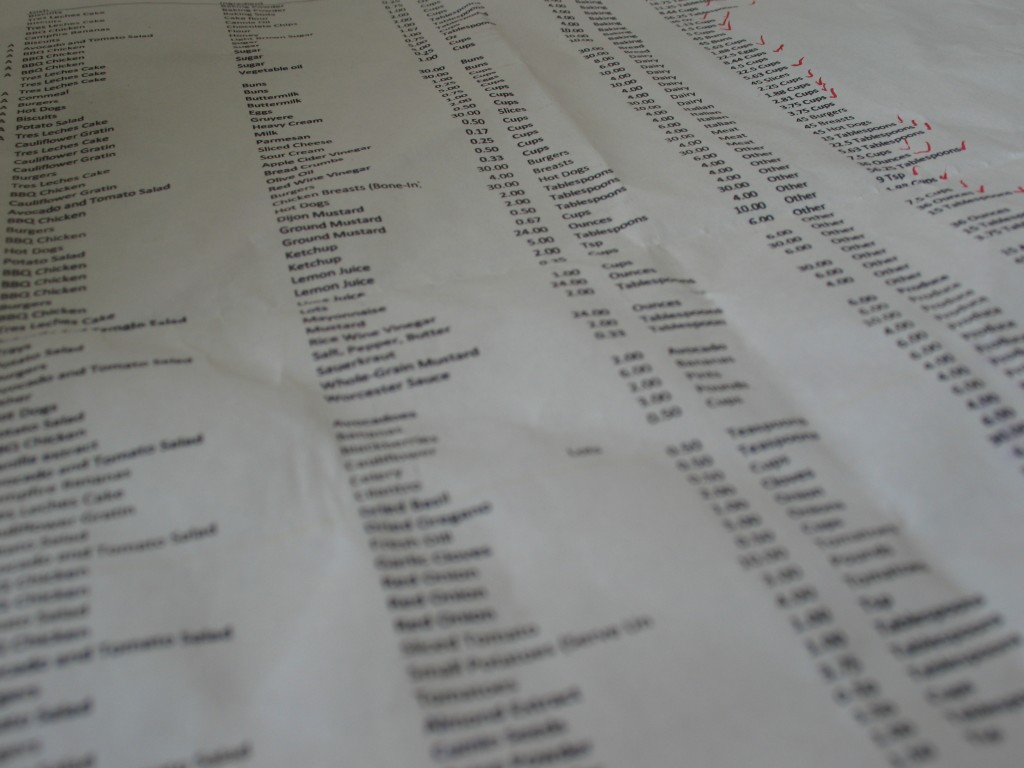 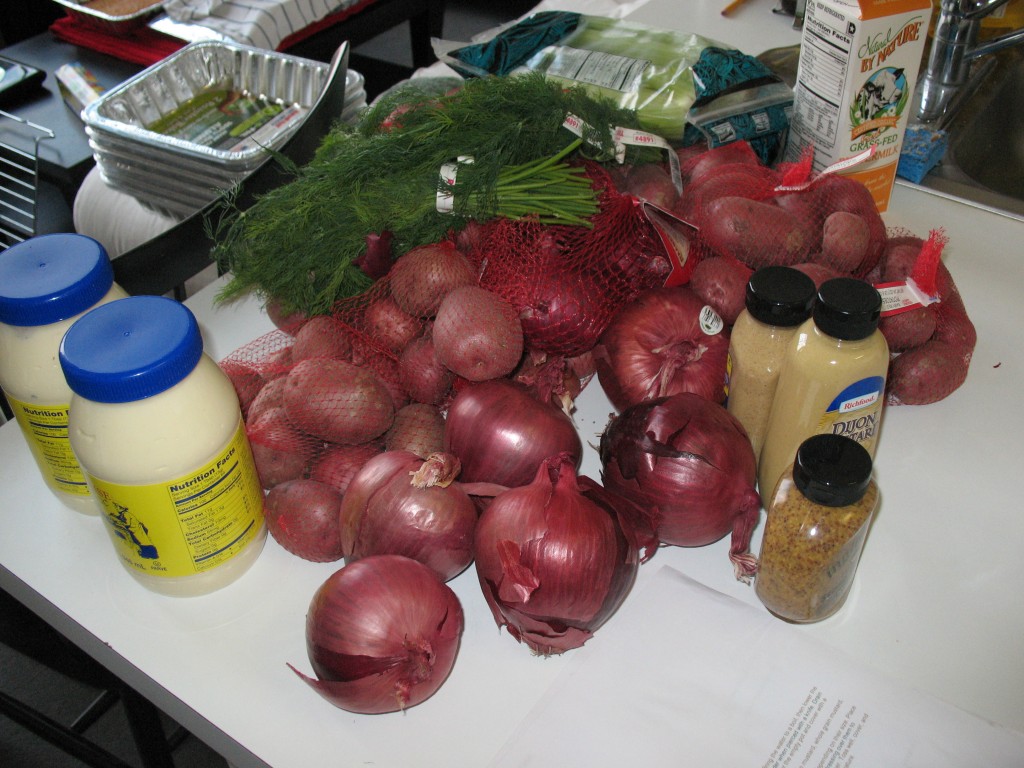 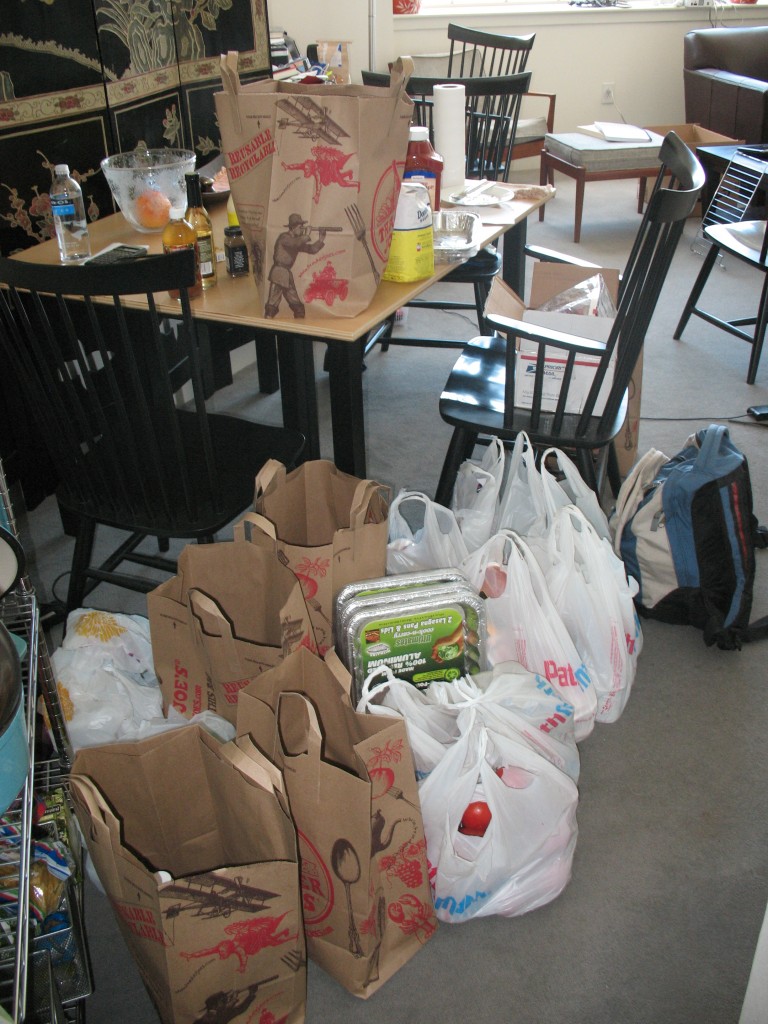 On this blog, I write a lot about dinners for two, and more recently dinners for five, seven, etc. I suppose it was inevitable that I would eventually end up catering a 40-person barbecue. Yes, inevitable!

So, when the opportunity arose to feed about half of my Wharton cohort, I took it. This doesn’t mean, reader, that I organized logistics for getting food to this event. I actually took a few days out and made all the food. This is possibly the best job I have ever had.

This first entry will be about the setup for the event, and then I’ll write another one about what I learned in trying to scale my recipes to feed more people and how everything turned out (pretty well).

Fortunately,  barbecues are pretty much the easiest possible events to cater as a newbie. The atmosphere is casual, people are relaxed, everything can be served at the same time, and everything is either served at room temperature or cooked a la minute. You may even be lucky enough - as I was - to have several very skilled grillmasters who will actually do the cooking for you.

Still, I had to think carefully about what to make. Here were my constraints:

I thought about, and then rejected, several dishes such as biscuits (only really good right out of the oven, definitely wouldn’t keep overnight) and camp bananas (didn’t have time to make the truly prodigious quantities of marshmallows required). Fortunately I didn’t have to get too creative and ended up with a pretty good list of barbecue favorites:

The next problem was buying ingredients. Since I used to be an investment banker, when confronted with most problems I immediately think: “Excel”. (This is true even though I quit quite a few years ago). Anyway, I made the giant spreadsheet you see pictured on the left to keep track of everything. In retrospect, I ended up overbuying a few things - a mistake in a recipe also _almost _caused me to buy 17 cups of paprika (at least $200 worth).

I had to be careful to buy things in a deliberate sequence, since (a) I couldn’t carry everything home at once, and (b) some things like avocadoes had to be bought early so they could ripen, whereas fresh berries _had _to be bought just before using them.

Finally, I had to schedule everything properly. Some things, like the avocado salad, I had to make the day of. Other things, like the cornbread and the cakes, I could make several days before. And then a few other things could be partially made in advance, and finished closer to the time - I made the potato salad and barbecue sauce, and marinated the chicken, the night before; I glazed the cakes the morning of the event, etc.