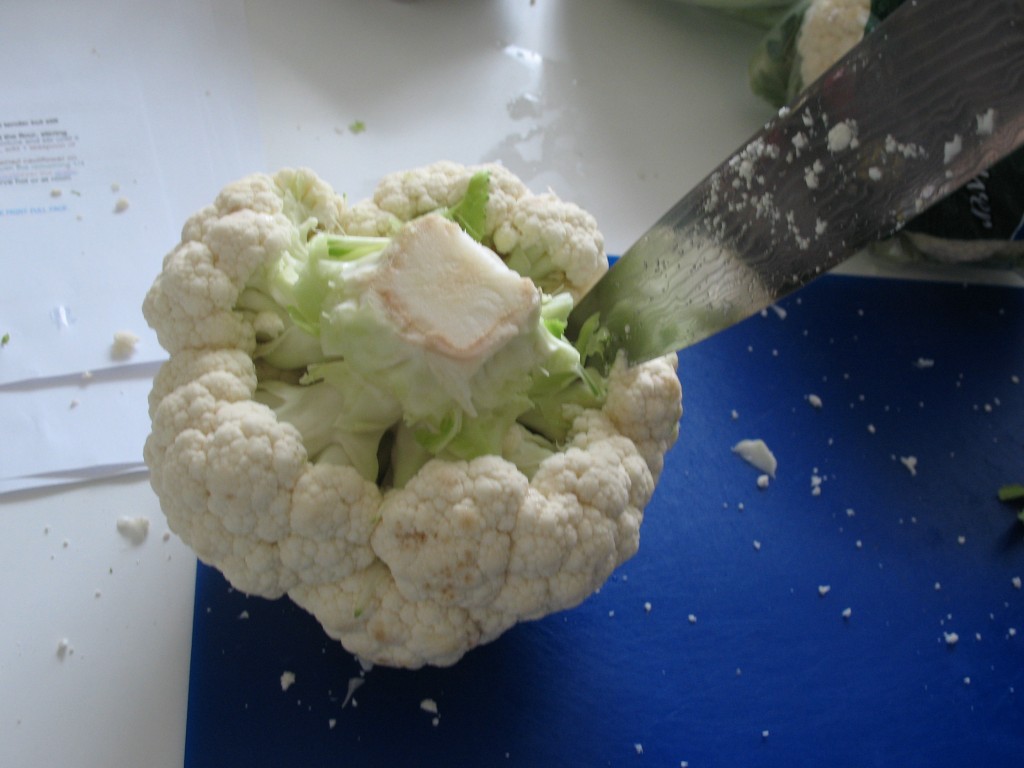 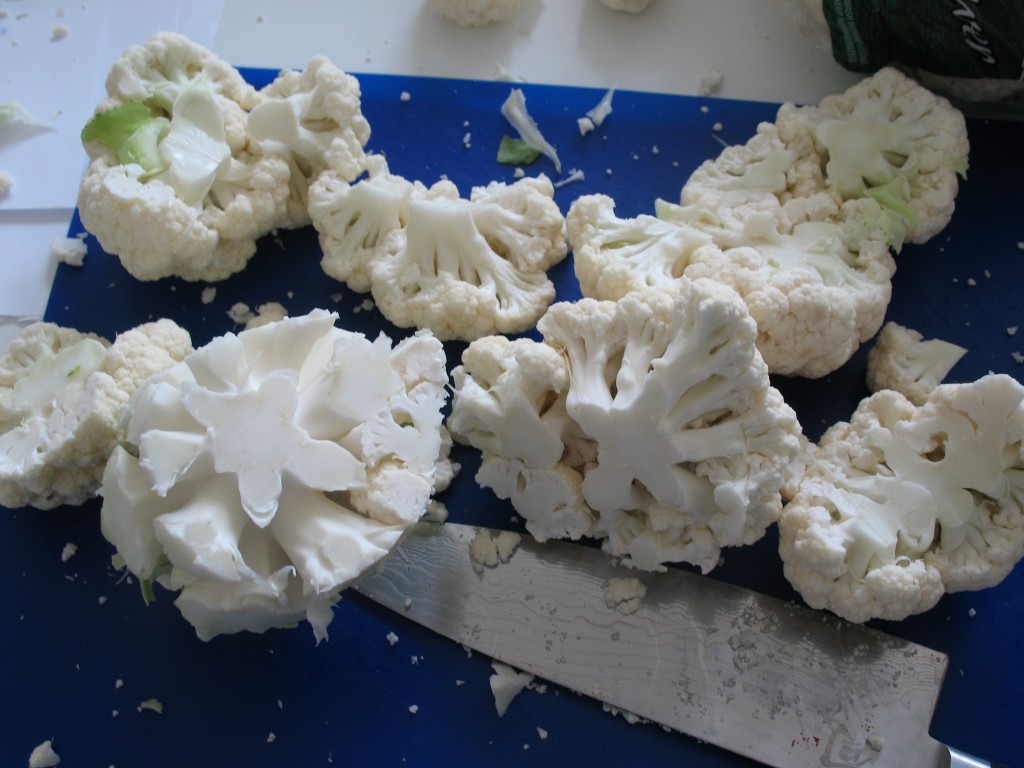 [caption id="attachment_1058" align="alignleft" width="400" caption="...and cut around the stem. Then you can discard it and chop up the remaining pieces easily."][/caption]

While I was recently making an enormous quantity of cauliflower gratin (more about that later), I had to chop up about 5 heads of cauliflower very quickly. What’s really annoying about chopping cauliflower, if you’ve tried it, is that if you slice from the top, you get lots of chunks of the woody, inedible stem mixed in with the florets you want to use.

About halfway through, I realized that if you turn the cauliflower over, you can just cut directly around the stem. You’ll still need to cut up the pieces that you get this way, but you won’t have to worry about the stem at all. In fact, a lot of them will come off as whole florets that require no further processing.