Been meaning to write this up for a long time now, but a few months ago I decided to make this grape bread again. This time, I used a different recipe, one that caused it come up much more like a flatbread, rather than something puffy. I also used actual concord grapes (seeded of course).

Really excellent served with a sharp goat cheese and some additional grapes on the side. Because this recipe is much crispier - or at least came out that way for me - and because it has a much more savory flavor, brought about the heavy rosemary usage, it was a great appetizer course. 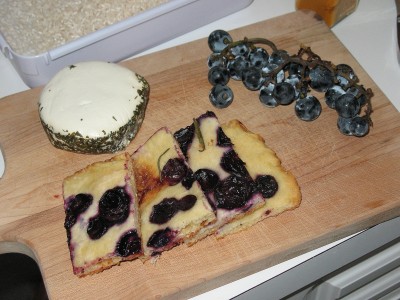 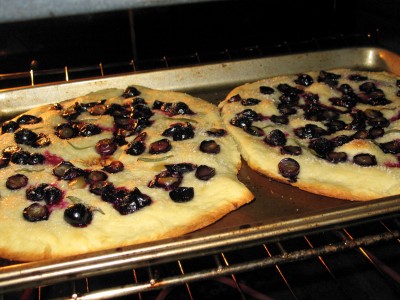