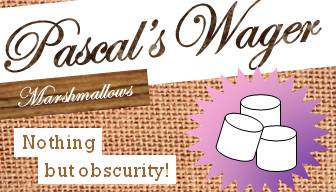 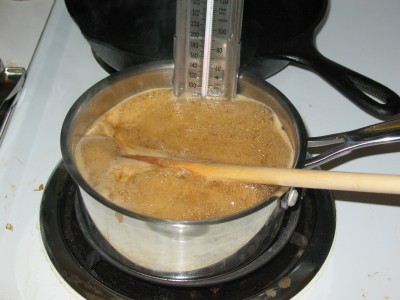 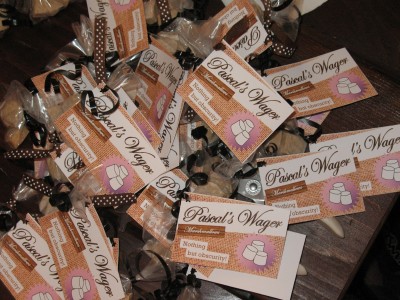 [caption id="attachment_1195" align="alignleft" width="325" caption="Ready for distribution. Each label is attached to a bag with 3 or 4 small marshmallows in it."][/caption]

Back when I wrote about participating in the homebrew competition with my friend David, I briefly mentioned some Guinness-flavored marshmallows that I made. I wanted to talk a little more about them, and the process of designing and producing them.

To make the marshmallows, I took Alton Brown’s recipe, but instead of using water, I just used Guinness syrup.

What do I mean by Guinness syrup? I mean I took 2 cups of Guinness, boiled it down to 1 cup, then used that whereever the recipe called for water. I could have actually made less of the syrup - since making a syrup is part of the process of making marshmallows anyway, but it seemed easier this way.

Other than that, I treated them as normal marshmallows - boiled the Guinness, sugar and corn syrup combination, poured it over a bowl containing gelatin and Guinness syrup, and then beat for about 10 minutes. The marshmallows did come out a lot less fluffy than usual. This was actually fine (though as a result I had to make very small ones), but I am working on improving the recipe.

After the marshmallows were done, I decided to play on the theme of our beer, which was called Occam’s Razor after the philosophical maxim - and our desire to take direct responsibility for any faults in our beer (“if the beer’s no good, the simplest explanation is that we’re no good”).

So I called them Pascal’s Wager. Pascal’s Wager says that you should choose to believe in God, because if there is a God and you are right, you gain eternal life in Heaven, whereas if there is no God, you lose nothing. The alternative, choosing not to believe in God, has no upside - if you are right you gain nothing - but huge downside if you are wrong.

I thought that this might be amusing to apply to our marshmallows (and it is true if you think about it - what do you have to lose by trying Guinness-flavored marshmallows?) “Nothing but obscurity” is from Pascal’s description of the uncertainness of the world around him, and also applies to marshmallows, which are air and sugar. I used my best Powerpoint skills (yes, really) to design a kickin’ label.

How did they taste? Pretty good, actually. You get a nice punch of Guinness about five seconds after biting into them. We gave them out to dozens of people, and didn’t get any complaints. The next step will be to try to apply this knowledge to make some marshmallows with other interesting flavors.