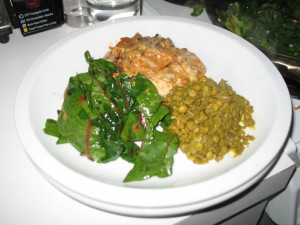 Made a vegetarian menu of dal, vegetarian lasagne, and sauteed red chard. (The lentils and the pasta combine to make a complete protein, by the way). The lentils were fairly easy to make, though apparently I undercooked them slightly. I’d never made lasagna before and as is typical for me these days I tried to make as much of it as possible from scratch, which in this case included the bechamel and tomato / pepper sauce. Lasagna is really easy to make - if I hadn’t made this stuff from scratch it would probably only have taken me about 30 minutes or so. 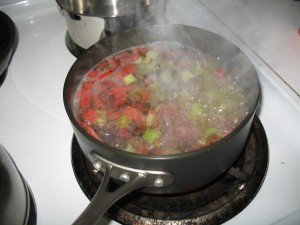 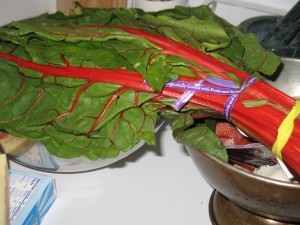 One thing I learned is that you have to have patience with things like lasagna - it really needs to set up after it’s finished cooking, which seems to take an hour or so. Lots of things are like this, e.g. blueberry(?) pie. The lasagna I put on my plate right away collapsed, though the rest did eventually set up. Apparently with blueberry pies the results are much more catastrophic for the entire pie.

I used the chard stems a couple days later, cut up, to make a pasta sauce with some cream, according to this recipe.