Leapfrogging, or why I'm getting rid of my to-do lists 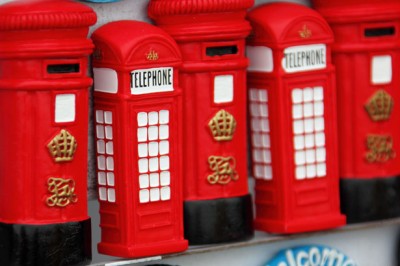 Many cities in Africa have excellent mobile infrastructure – beating some places in the United States, that’s for sure. It really helps that African telecom companies have concentrated their resources on building the technology of today, i.e. mobile infrastructure. Imagine if they felt compelled to build a landline network out first, because that may have been a goal fifty years ago?

But we do the same thing to ourselves a lot. We let our past selves run things, and we don’t make the most appropriate energy and time investments for our current lives because our past selves are still setting our priorities.

For example, I keep a lot of lists in my notebook, but the two longest-lived were Books to Read and Posts to Write. I’d hear about some book that sounded interesting, or come up with inspiration for a post, and then I’d put it on the list, and maybe get around to that item later. Sometimes months later.

By this point, I had usually lost interest in whatever it was I had put down on the list. In the meantime I had earned lots of guilt by seeing the same entries, undone, every time I thought of something new. My interests, desired effort level, and ideas had also changed. Often, I’m a different person at the end of a month than I was at the beginning, so why would a to-read or to-write item from six months ago still be worth doing?

I found that this applies to projects, too, and increasingly I find this applies to work projects as well as stuff I do in my free time. So, I’m trying to give up all to-do list items that are more than a week or two out. The two lists I mentioned earlier were the first to go. Once I got rid of these lists, I realized that reading and writing is much more fun if you (not your past self) is calling the shots. And you’re much more productive, too.