Poulet a la fermiere and port sabayon with strawberries

Recently for a quick dinner I made this French farmer’s chicken, together with a port sabayon and strawberries. 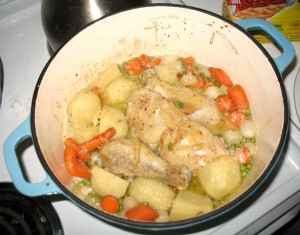 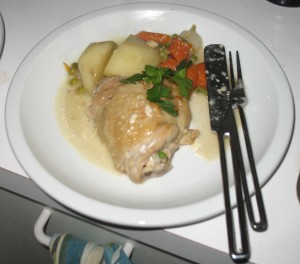 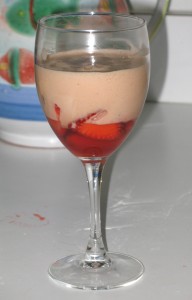 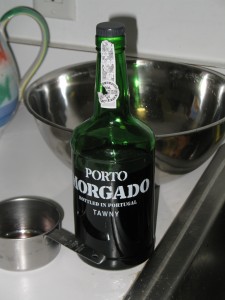 The chicken was good, sort of like a blond coq au vin. The recipe calls for frozen pearl onions rather than fresh, which saves a fair amount of time. Overall, you get 80% of the flavor of coq au vin in 10% of the time.

The port sabayon came out well also. Sabayon (also known as zabaglione) is basically a combination of a flavorful liquid, sugar and egg yolks, whisked hot so that the egg yolks thicken without turning into scrambled eggs.

This was then served over some strawberries that I had macerated. I wonder whether I might not have whipped the sabayon enough? It had the consistency of a very thick, foamy, sauce.