Some observations on hackerspaces after reading Hackerspaces: The Beginning

[caption id="attachment_1763" align="alignleft" width="373" caption="A picture of Datengarten, a hackerspace in Bremen (taken from the book)"] 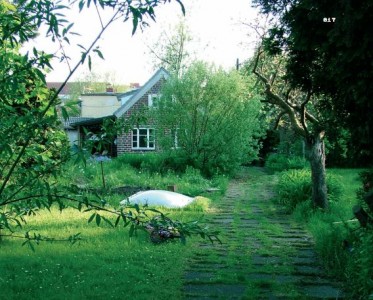 “Some of it’s just because we’re adventuresome morons with the smarts to wear safety goggles.“ - NYC Resistor

About six months ago, Bre Pettis (Makerbot CEO), Astera Schneeweisz, and Jens Ohlig released this book, called “Hackerspaces: The Beginning”. It’s a collection of anecdotes, advice and history from a vast number of hackerspaces around the world; it captures a specific point in hackerspace evolution, a point from which I don’t think things have strayed too much, though the movement has certainly grown since then.

They’re definitely a place for socializing; many hackerspace members I’ve met say that’s the primary reason for their interest. But they’re also a place for talking about ideas, and on top of that a place for realizing those ideas, or some fragment of them. And, as the book makes clear, hackerspaces are also a place for all the other things as well. Many hackerspaces conduct classes and have some form of “game night”. Every hackerspace that I’ve been to is a de facto museum or gallery, in that members often leave their work out for inspection and there are lots of other artifacts basically everywhere. And, depending on their membership, philosophical and political activism can be an important part of a hackerspace’s output – I think Hive76 hosted at least one hackathon for Occupy Philly, for example.

The philosophical and political activism component grows, I think, out of something else that’s unique about hackerspaces – they’re an expression of a commitment to intellectual freedom, at the very least, and often of many other types of freedom as well (e.g. physical, spiritual, commercial). In the book we learn that members of the hackerspace Netzladen, for example, “range from political activists to intellectual literature nerds to the technological geeks and Linux wizards one might see in other hackerspaces.”

One story from the book that really caught my eye, from Chaos Computer Club, gives a great example of this ideal in action. In the early 80s, it was illegal in Germany to have a computer answer a phone, thus modems were totally unavailable. To get around this, “members of CCC got creative and engineered a modem you could make yourself and they published instructions.” Despite the possibility of jail, hackers got together to disseminate a particular type of information (how to build a modem) which in turn was a tool for liberating lots of other information (everything on local and international computer networks with dial-up access).

Even the name of this particular hackerspace - “Chaos Computer Club” - gives the idea that information is organic, chaotic, powerful, and free, something that a lot of other hackerspace names (“Datengarden” (Data Garden), “Entropia”, “VerdeBinario” (Greenbits), Resistor, Noisebridge) seem to echo. CCC’s story is also a wonderful example of how the lines between information and physical objects can be blurred – what’s the difference between disseminating good DIY instructions and disseminating manufactured objects?

This ideal of openness is also seen in the way that members interact with hackerspaces, of course. In the “public spaces” section above, I didn’t mention a lot of places we might think of as “public”, such as studios, workshops, gyms, coworking spaces and lots of other places people gather. That’s because I don’t consider these truly “public” - they usually require some sort of membership fee or other qualification for membership. Hackerspaces, on the other hand, are unique in that most of the ones I’ve encountered provide some free, or fairly cheap, method of taking advantage of much of what the space has to offer. Noisebridge in San Francisco, for example, is completely open and free, all the time – you don’t have to pay anything to use their facilities; in fact, you don’t even have to talk to anyone. The Sugar Shack in LA is a live-in hackerspace (something that Hackerspace Design Patterns warns against). And even if they’re not that accessible, most hackerspaces are at least open 24 / 7 to paying members.

On top of all these social and philosophical aspects, hackerspaces are also unique in that they’re a public place meant for making things. “Lab”, of course, is short for “laboratory”, which is Latin for “workplace”, and is ubiquitous in hackerspace names. But there’s also the factory motif – “Hacktory”, “L0pht Heavy Industries”, “Hive76”, “Makers Local 256”. Traditionally, workplaces, studios, labs and certainly factories have been closed and indeed often highly access-controlled. Hackerspaces don’t work this way; there’s a commitment to intellectual and informational freedom, and this is taken all the way through to its logical conclusion, which is the production of new products and services as part of the experience of the public space.

In addition to the ideological reasons for emphasizing work as part of a hackerspace’s mission, I think work is emphasized because, for nerds, craftsmen and artists especially, work and socializing aren’t 2 separate things. Work is a way of having something to talk about (or to have something to do with yourself when you have nothing to talk about), and it’s a way of expressing yourself in a valuable, uncomplicated way. And your main “tool”, that is to say your computer, is also your main way of getting to know people. “What [we] really wanted”, Metalab says, “was a public living room or laboratory where people could meet and work with friends without having to go to a café, pub, or workplace.”

Because of the stories it relates about creating a place where people can work, this book also gives a lot of (unintentional?) advice about entrepreneurship.

Could you run a business like a hackerspace, I wonder? Executives are elected by the membership, perhaps, or they actually have no formal authority and instead can only use persuasion as a way to get the necessary projects done? (This is how I’ve always had to do everything in real companies, anyway.) The space is completely open and free from secrets between divisions or between the company and the general public? Anybody is free to become a “member”, work on whatever they want, and they’re paid “reverse dues” out of the profits that the business makes, by vote?

I don’t know, I’d need to think a lot more to make these into useful organizing principles for a business. On the theme of entrepreneurship, I will leave you with this quote about getting a hackerspace started, which is also great life advice:

"All of those thoughts about what would be cool, or what would be the ultimate use for something need to be let out. Plan out your space. Close your eyes and think about what you want it to look like and make it happen. There will be stumbling blocks in your journey. Things will go awry, and people will come and go. If you hold on to that vision, the people and funds will appear." - Hacker Consortium, Nashville, TN