The original bartender's guide, some of which is in verse 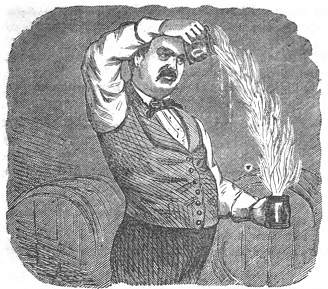 Here’s a fun book I found - “How to Mix Drinks, or, The Bon-Vivant’s Companion”, published in 1862 (and it’s free!). This is the original bartender’s manual. It has lots of arcane and delicious-sounding recipes, charming pictures, comments (“refrigerate with all the icy power of the Arctic”) and contemporary advertisements at the front and back.

You should take a quick look at it yourself, but there are a few specific things I wanted to mention.

First of all, the method for extracting citrus flavors. Instead of zesting a lemon, the guide instructs that “the ambrosial essence of the lemon must be extracted by rubbing lumps of sugar on the rind, which breaks the delicate little vessels that contain the essence, and at the same time absorbs it” (p.18 of the PDF). This seems like a really tedious and possibly inefficient method to me, but I wonder if it’s still used today in some cases, or if it’s been superseded by the availability of the zester?

Secondly, check out the first few lines of their recipe for mulled wine, which is in verse on page 61 (the whole thing is in the gallery below this entry):

_First, my dear madam, you must take_ _Nine eggs, which carefully you'll break_ _Into a bowl you'll drop the white_ _The yolks into another by it._ _Let Betsy beat the whites with switch_ _Till they appear quite frothed and rich - _ _Another hand the yolks must beat _ _With sugar, which will make them sweet..._

_ _The eggs are eventually mixed with spices, wine and nutmeg. I really like that this recipe is in verse, and it seems to have been taken from The Ladies’ New Book of Cookery by Sarah Buell Hale, though that’s just the earliest occurrence of this poem, which shows up in a bunch of cookery books from the 19th century. I wonder why only this one is in verse, though? Is it because it’s a popular holiday drink that many people knew or wanted to know?

Thirdly, the second half of the book is in some ways even more interesting than the first. It’s a DIY manual for manufacturing your own liqueurs, as well as many other important bartending ingredients such as syrups. This would have come in very handy in the 19th century, I’m sure, before the advent of easily-accessible liquor shops all over the country. Here’s their recipe for gin:

I’ll have to try these out one day, though that is a lot of gin. Here are a few more selected recipes from the book (you can click the thumbnails to read them): 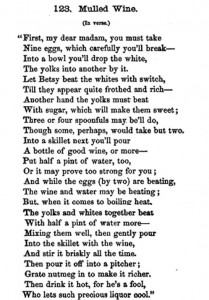 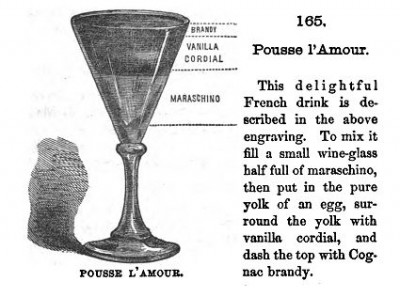 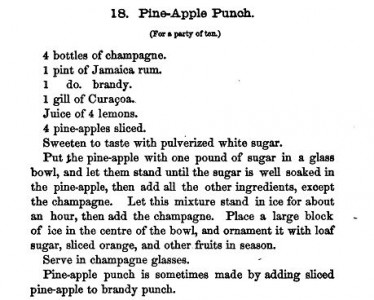 [caption id="attachment_1646" align="alignnone" width="189" caption="I like the cooling method of having a giant block of ice in the punchbowl (though it dilutes the drink after a while)."][/caption] 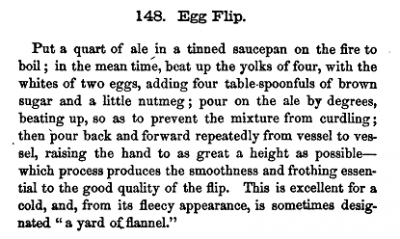 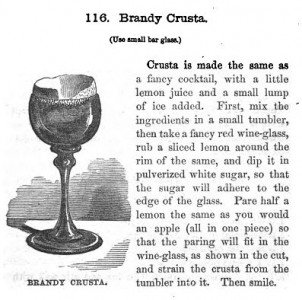