The startup as a game 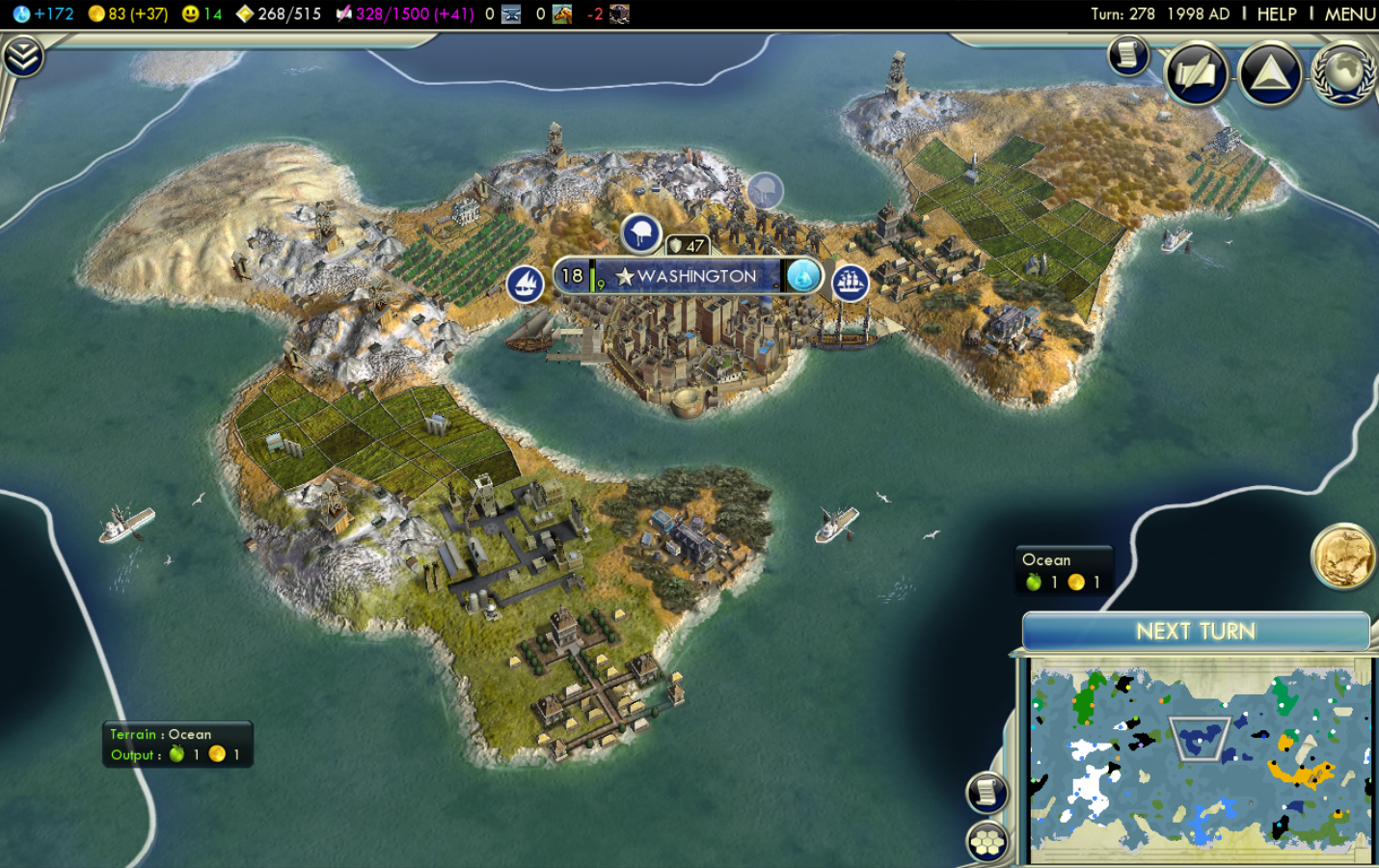 Instead of ‘Washington’, think ‘Light Bulb’, ‘Classic Coke’ or ‘Windows’”

I recently read Francis Fukuyama’s The Origins of Political Order. Here is the barest inkling of what Fukuyama says in the book:

Because it was so heavy on interesting ideas and light on detail, finishing this book got me excited about all the machinations involved in the modern societal order.

And specifically, it made me want to play a game I had heard about for a long time but never picked up: Civilization. It seemed like a great way to think more about the incredibly complex mechanisms behind political order: resource allocation, social policies, ideas and culture and their spread, the influence of technology, war, etc. I bought Civilization 5, which has its detractors but for me was a great exploration of the subject.

Here is a quick overview of the game. In Civilization, you are one of sixteen possible historical leaders (e.g. Washington, Empress Wu, Caesar Augustus) and you start with a band of settlers who form a city. This city, and each subsequent city, occupies a certain amount of land, and this land can provide you with specific strategic resources (e.g. coal, oil, horses) and luxury resources (e.g. pearls, wine, dyes).

Your cities produce the citizens who work this land for their livelihood. They also (a) “build” military and production units such as soldiers, workers, and settlers, (b) produce wealth, © research new technologies, and (d) develop culture and art.

You need to keep your citizens happy so that they are productive, and direct their efforts to win the game through superior military, scientific, cultural or diplomatic achievement. Along the way, you are cooperating or competing with other civilizations who are interested in the same resources you are.

All of your objectives interact constantly. Developing better technology leads to more effective military units, but in order to invest in technology you might have to forgo wars anyway. A city that is a great cultural center might promote ideas with great commercial potential, but itself be a net consumer of wealth. And so on.

What you get out of _Civilization_ is the chance to think about issues you wouldn’t normally consider. For example, I had to decide whether to go to war to protect a weak, nearby civilization from an aggressor - because I wanted to maintain a buffer between myself and that aggressor. When does this ever come up in real life? I had to decide whether to promote scientific research in agriculture, which leads to both rapid population growth and the development of firearms, or optics, which leads to better commerce and nuclear missiles, but only much later in the game.

Anyway, at the same as I am playing Civilization, I am also participating in another very interesting optimization problem - the startup where I work. We’re quite well-funded, but there are a million things startups always want to do that they can’t do right away.

Usually the constraints are time and talent, but money is often a factor as well. A startup might like to invest more in product development, but existing customers need to be supported. The former promotes the latter, but not in the short term. That tradeoff can be attenuated with good marketing, but marketing is expensive and isn’t immediately profitable. Also, a startup should have a great reputation and be a fun place to work, but it also has to deliver concrete value to the people who pay to bills, and it has to listen to its investors.

On top of that:

To grapple with a couple of these issues, I thought it’d be interesting to one day make a startup game. Just as Civilization gives you a taste of the immense difficulty in building political institutions, some sort of startup game would let you get a sense of what it’s like to build a great product, company, and team.

In Monetization, you are one of sixteen possible entrepreneurial leaders (e.g. Richard Branson, Jamsetji Tata, Coco Chanel) and you start with a small product. This product, and each subsequent product, requires a certain amount of cashflow, and selling the product provides you with specific resources (e.g. revenue, prestige, brand awareness, investor capital).

You can invest these resources to (a) “build” company units such as marketing, finance, and new product development, (b) produce wealth, © research new technologies, and (d) gain influence over an industry or even society at large.

You may or may not need to keep your employees happy so that they are productive, but you will definitely need to specifically direct their efforts to win the game by dominating your industry, producing strong returns for investors, developing products that change the world, and / or becoming a best-in-class workplace. Along the way, you are cooperating or competing with other startups who are interested in the same resources you are.

All of your objectives interact constantly; developing better technology leads to a stronger competitive position, but in order to invest in technology you might have to forgo marketing your product as much as you’d like. A product that is fun to work on and gives your company a great reputation might incur heavy financial losses. And so on.

It would take a lot of thought to figure out how to build this game properly, but I’d love to play it myself and I think it’d be an incredibly valuable tool.