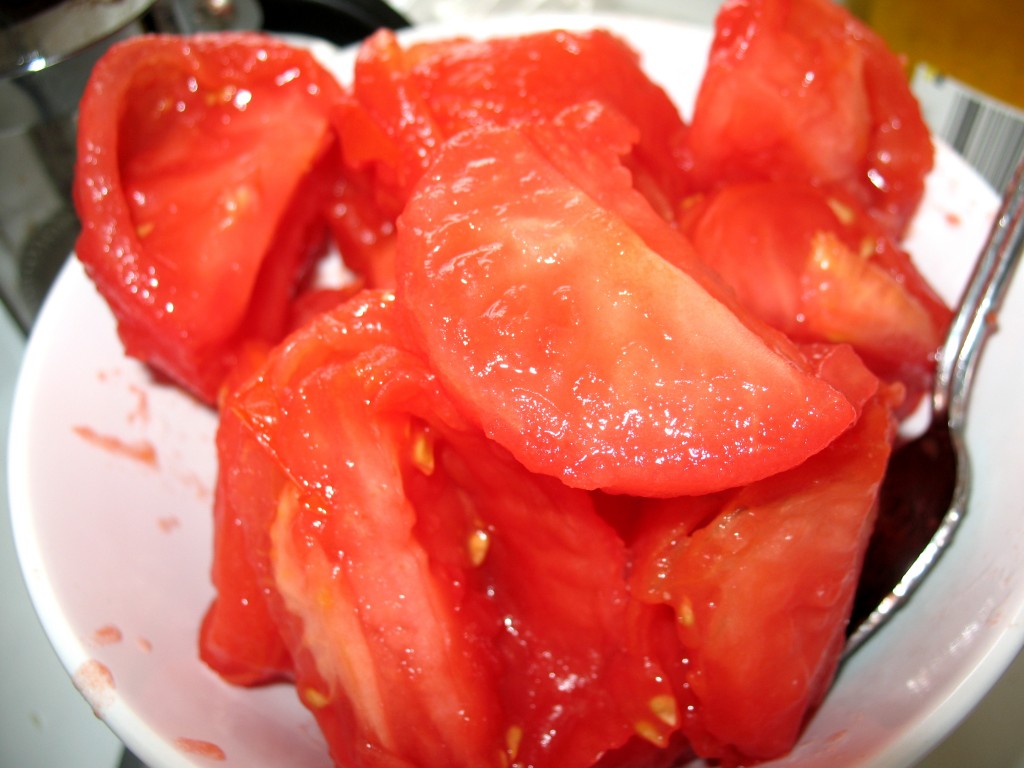 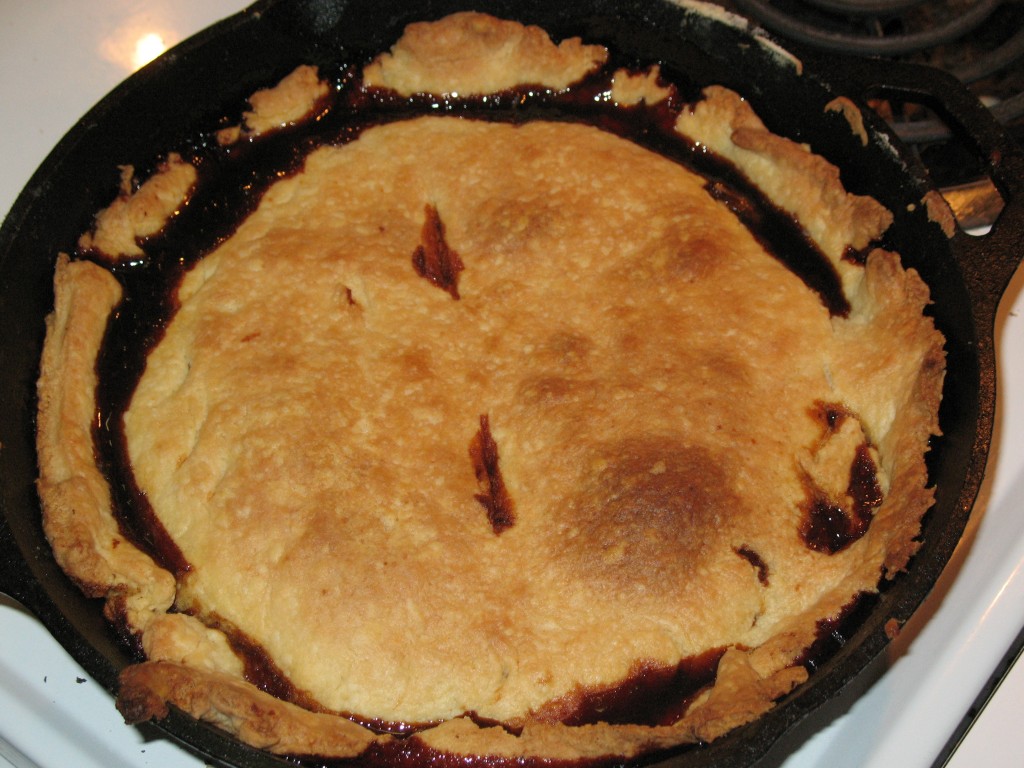 [caption id="attachment_1062" align="alignleft" width="400" caption="After cooking in caramel for a while, they're covered with dough, which is then baked."][/caption] 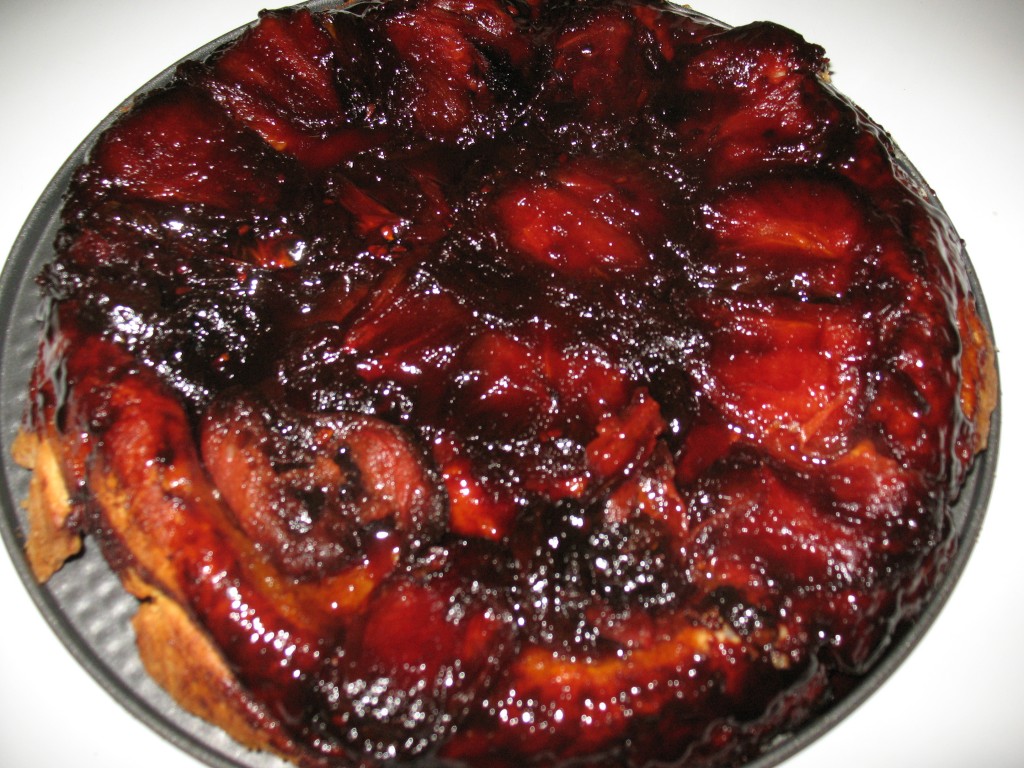 [caption id="attachment_1063" align="alignleft" width="400" caption="When that's done, it's flipped. What you can see here is a bunch of tomatoes under a layer of very dark caramel"][/caption] 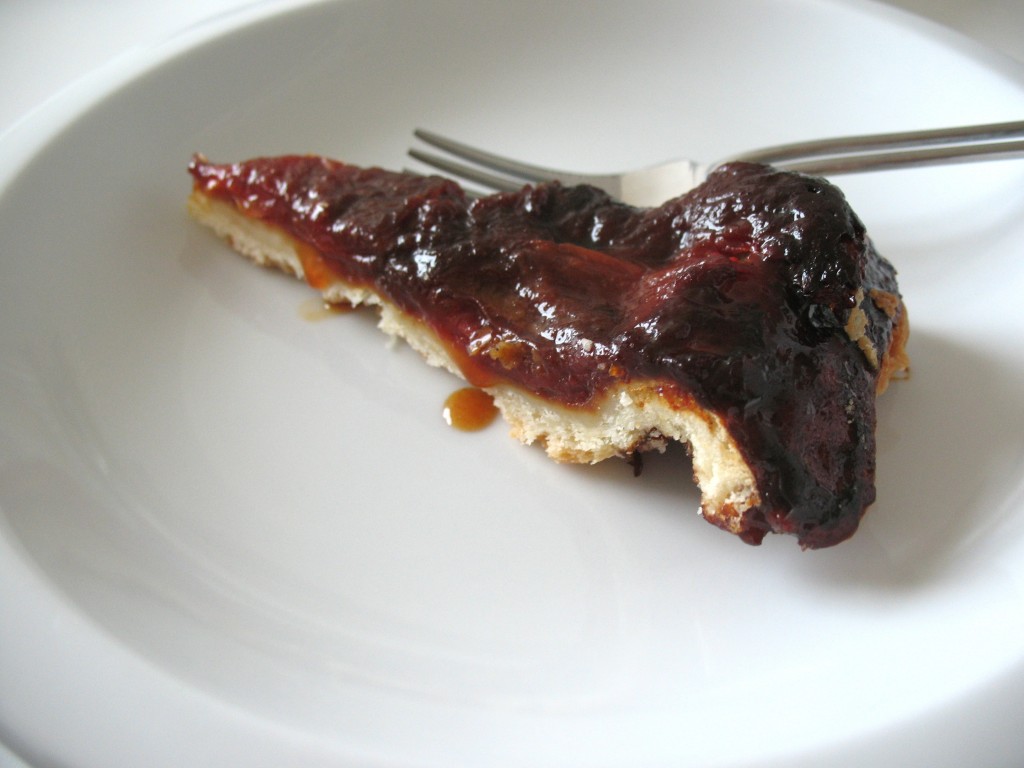 I had a bunch of leftover tomatoes recently that were probably not going to survive until I could use them. I also have been thinking a lot lately about how tomatoes are really a fruit… (as by the way are zucchini and a bunch of other “vegetables”, but more about that later).

The resulting tart strikes a strange balance between savory and sweet. The caramel, of course, is sweet and sugary (though I may have overcooked it a little bit - don’t make caramel on high heat!). But the tomatoes are savory, and don’t magically become sweet through the cooking process. It’s very hard to describe. Smoky, but also sweet. Tart and maybe even a little bitter, but after you swallow the sweetness comes out.