Understanding the differences between pasta shapes, or why it's "fettucine alfredo"

There are 600 different varieties of pasta; even if you chalk 90% of them up to regional preference or marketing decisions, that still leaves a lot of variation to explain. Here’s some research I’ve conducted on why there are so many different pasta shapes and when you might want to use one or the other.

Understanding the functions of the basic pasta shapes

As a general taxonomy, you can split pasta up into a few archives: strands, shapes and tubes, and sheets.

Sheets are fairly easy to explain; they’re made for dishes like lasagna that are prepared as casseroles or as pies, rather than as a dish that’s eaten from a bowl with just a fork. Some have ruffles, I assume for sauce retention.

Strands are a pretty simple shape, right? The main variation among them is thickness.

For tubes and shapes, the main variation is also by size.

If you're interested in reading more, I highly recommend The Geometry of Pasta, which deals with this topic in much greater depth. Much, much greater. A fascinating and beautiful hardcover book.

Ridges. In general, the larger pastas are good for heartier sauces as I said above. But you can also modify the degree to which sauce sticks to pasta, by choosing between ridged and unridged noodles. 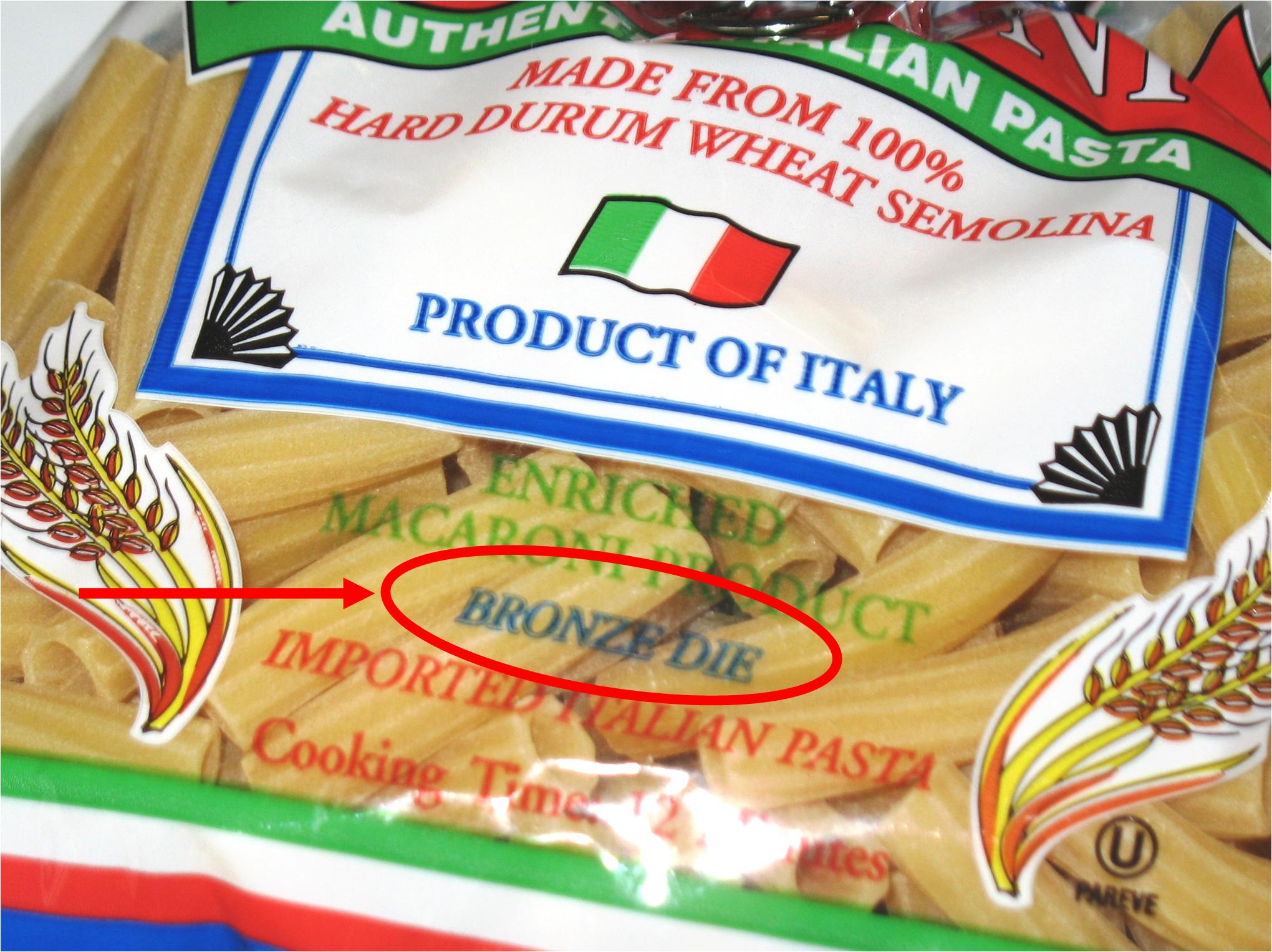 How the pasta is cut. Have you ever seen the term “bronze die” on a pasta package before? This means that the dies (machine used for stamping) used to cut the pasta are made out of bronze, as opposed to a more modern material such as Teflon. The result? A rougher cut that, like ridges, holds sauce better.

Open vs. closed shapes. Most of the pasta shapes that come to mind, like wagon wheels, have nowhere for sauce to get trapped. But there are a few shapes, like tiny shells, or campanelle, that allow even a thin sauce to be part of each bite, if that’s what you want.

Curved vs. straight shapes. My best guess on this is that curved shapes are more appropriate for pasta dishes that are meant to be eaten like a casserole. Take macaroni and cheese, for example. I’ve made this with penne a few times, and it just isn’t as satisfying because it becomes somewhat harder to eat - without breaking up the individual pieces, you can’t fit them into your mouth as easily. Curved shapes get the right amount of pasta into a smaller bite.

Whether the pasta cooks uniformly. This is only really an issue for speculative or new pasta shapes, but here’s an interesting article on some attempted pasta redesigns by famous designers.

So, in conclusion, here’s my best guess on how to think about different pasta shapes:

Lastly, here’s a quick table to talk about what I think are the rationales behind certain famous pasta dishes.