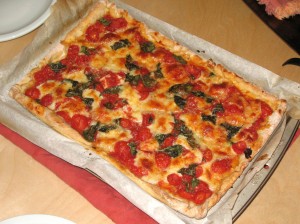 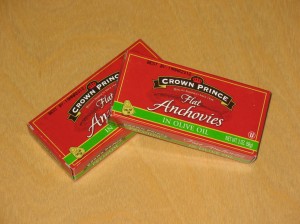 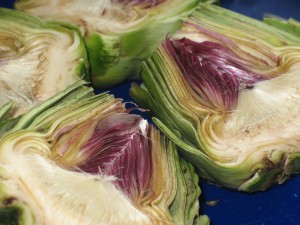 [caption id="attachment_919" align="alignleft" width="300" caption="Quartered artichokes. You can see the purple and fuzzy "choke" part in the picture."][/caption] 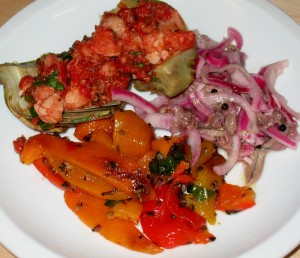 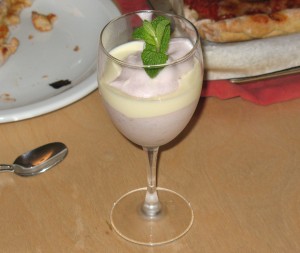 I have been wanting to make pizza at home, from scratch, for a very long time. So when I happened to watch the Cooking Channel the other day and catch a pizza being made from scratch in a home oven, I figured this was my opportunity.

I decided to also make some antipasti so I’d have an excuse to cook with artichokes, and I’ve wanted to try a different spin on the lemon snow pudding I made earlier in the year, which seemed to fit here.

So, I made a pizza, a strawberry snow pudding, and three antipasti (recipe links below).