Mussels steamed in white wine and adventures with saffron 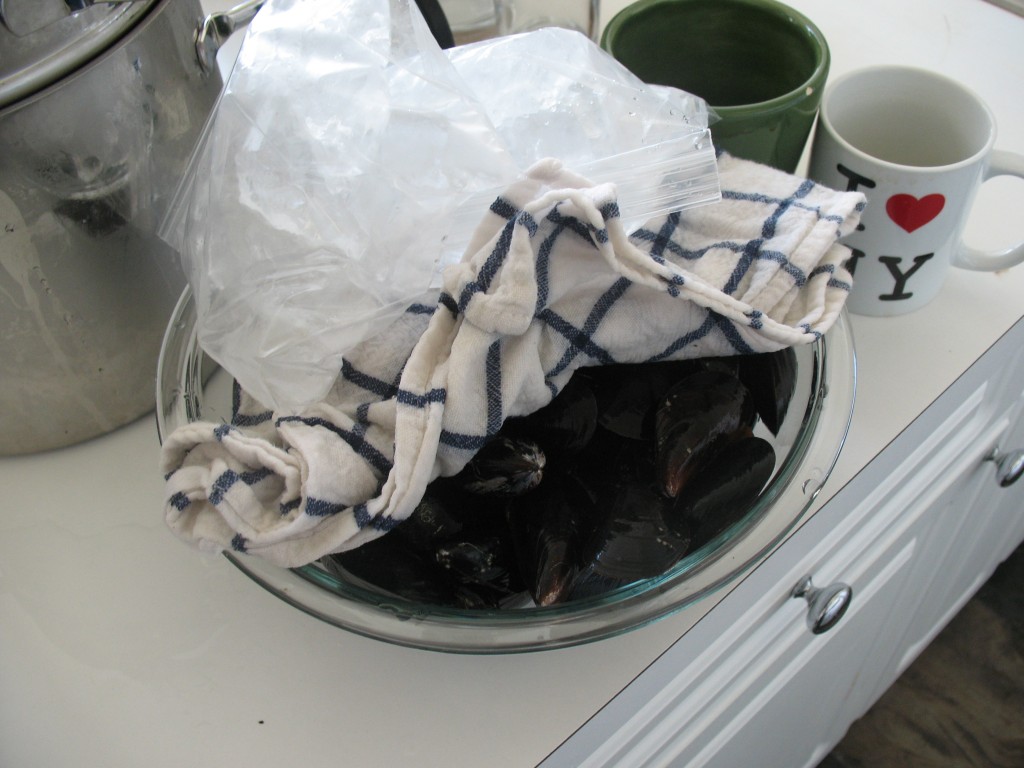 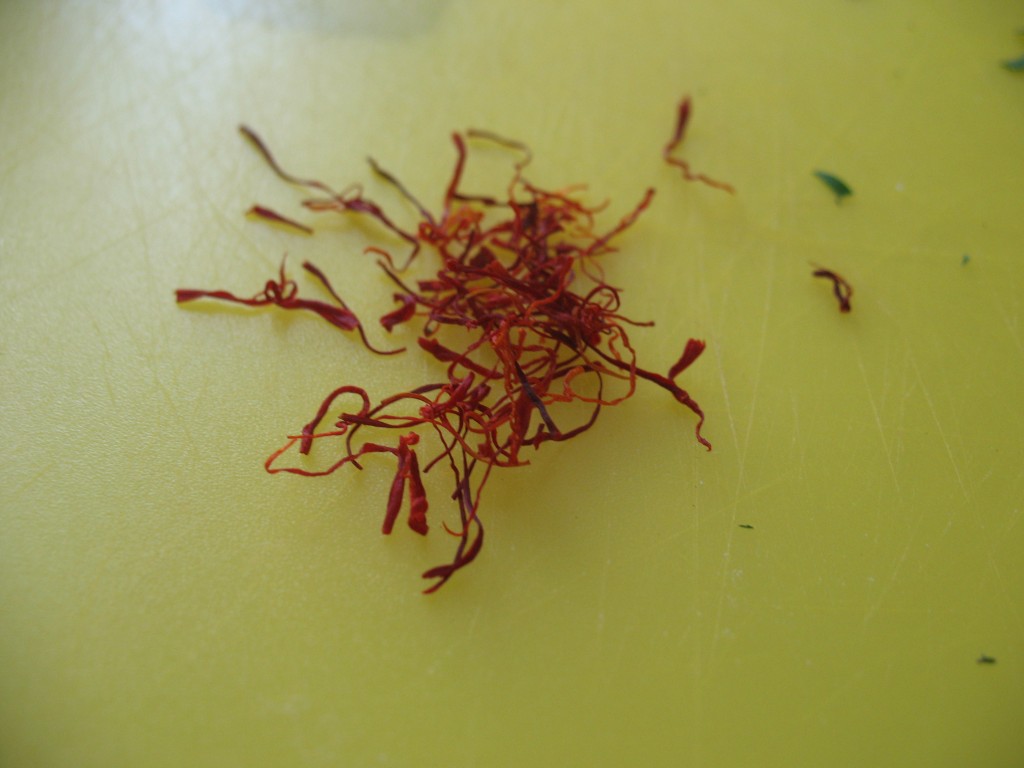 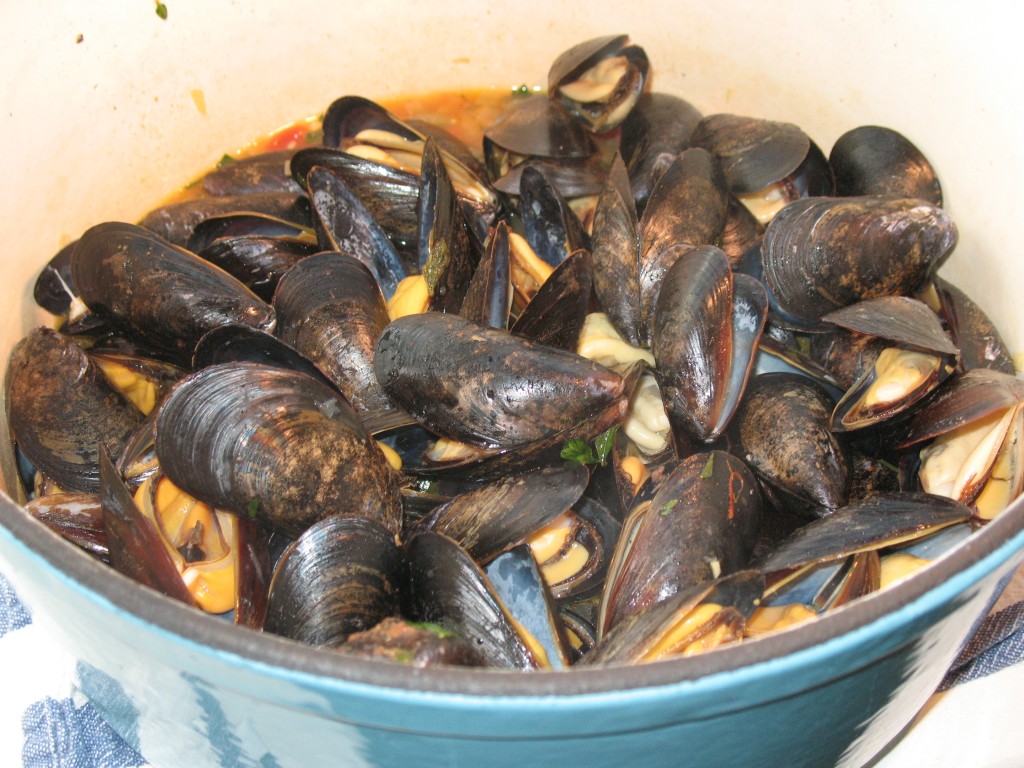 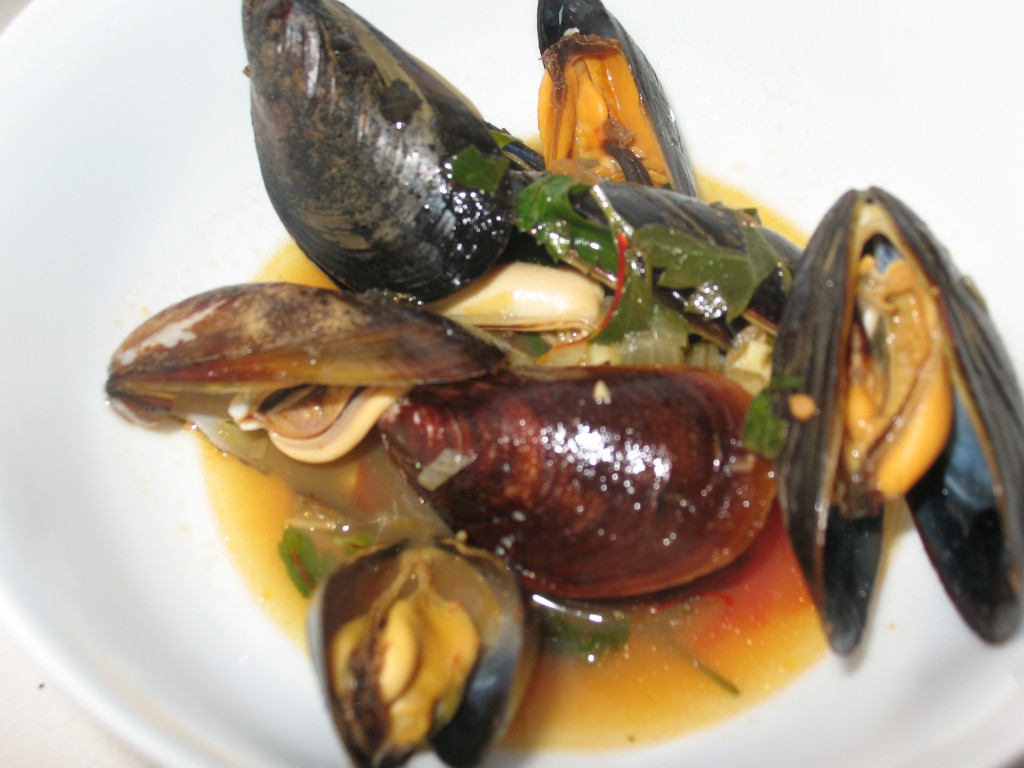 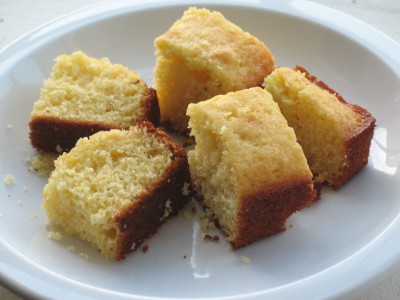 Who hasn’t had a deeply satisfying dish of moules frites? Or mussels in some other context? If you haven’t, go do that now and come back and read this posting later. It will still be here.

Since I’ve enjoyed mussels so much when I’ve had them - and since they’re really, really cheap and easy to make! - I decided to make a pot for dinner last week. As I often do when I haven’t made something before, I used Ina Garten’s recipe. A quick steam in some white wine, tomatoes, parsley, and saffron, and you’re done! It takes, I dunno, 15 minutes just about? And uh… I’m pretty sure they’re good for you. Probably. I served ‘em with some cornbread for some reason.

Here are a couple of interesting things that come up while making this dish, however:

Using saffron.
My fiancee’s mother very kindly bought me a bunch of incredible herbs and spices last year - whole nutmeg, vanilla beans, even juniper berries, awesome! (I have not figured out what to make with these yet, other than possibly gin, which I suppose could work). Anyway, I am ashamed to admit that I have been hoarding them since I’m a little afraid to use them. Well, no more; I figured this was as good a time as any to actually use the saffron called for in the dish rather than just leaving it out.

You may or may not know that saffron is well-known among amateurs for two things: (a) its beautiful color, and (b) its price - it’s the most expensive spice by weight, and even if you pay $20 for a little bottle, within the bottle you’ll only get a very tiny bag of the strands. Spice cartel.

It was a little intimidating, and exciting, to actually use this in a dish. I know connoisseurs will think less of me for saying so but… I wasn’t sure what you get for your money. It’s beautiful, don’t get me wrong! The color it imparts is rich and appetizing, especially in a dish like this where the mussels take the color up readily. I’m told it also has the taste of sweet hay. I think the solution is for me to make another batch of mussels without the saffron and see whether I can tell the difference.

Mussels.
Cheap and delicious. But boy, it is difficult to keep these guys alive for long enough to actually consume them. Opinions vary as to the best way to accomplish this, but realize that when you buy a mussel from the store, you are buying something that will - no, must - survive right up until the moment you’re ready to cook it. Mussels don’t like fresh water, warmth, or too little air. But should you keep them on ice in your fridge? Should you put them in bucket of salted water? Something else?

I went for the approach of putting them in a bowl covered by a wet tea towel and some bags of ice (sealed so the water couldn’t get out). I would estimate that about 1⁄4 of the mussels died overnight, and they seemed to be the ones that had too much access to fresh air - I left some gaps in the tea towel so they could “breathe”. Shows what I know; the best thing would probably have been to cover their bowl completely. Really, the best best thing would have been to buy the day of.