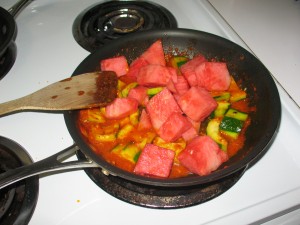 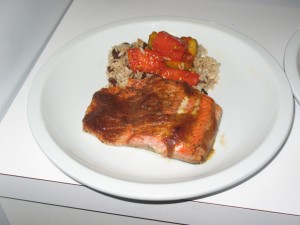 A couple of days ago I made watermelon curry, with cucumber, on a bed of rice with cinnamon and raisins, together with this mustard-glazed salmon.

Everything went together well because it was all rather sweet. Though I had never thought of watermelon as a savory ingredient before, it also worked pretty well in that role.